TREC-STEP has won an award, in an EU Project at Lyon, France as the Best Success Story in Business Boosting Services and Soft-landing of Small Innovative Firms , in a contest organized by EURO office Project in which 80 Science Parks primarily from EUROPE and the rest of world, including TREC-STEP has partnered for creating a set of new venture incubation practices in globalization.

The EOS consortium has packaged and tuned comprehensive integrated services for SMEs, all designed to facilitate the globalisation process of companies and accelerating the route to market through:

A certification / labelisation scheme is also in place to ensure consistent quality of the services, whatever the location they are provided.

The target clients, the small innovative firms can take advantage of the EOS services in Soft Landing in any of the EOS network location. So far, 3.000 entrepreneurs operating in sectors such as nanotechnology, aeronautics, ICT, photonics, and manufacturing have already benefited from EOS.

In this framework EOS has launched an internal contest between the EOS members to identify the most active members and the best success stories of the entrepreneurs they served with EOS services.

A total of 55 success stories have been filed out of which 11 quickly emerged in the short list and carefully analysed and scored by a jury composed of an external consultant, a representative of Europena Business Incubation Network and the European Commission officer in charge of EOS.

“It was a real satisfaction to see how small companies benefited from EOS for their international development and accessing to finance” said Alan Barrell, Pr at Cambridge University.

“It’s also a great satisfaction to see how small companies from Asia decided to set operations in EU and create jobs there” said Marija Popovic, EC officer at DG Enterprise and Industry.

Finally, the Jury has decided to reward 3 success stories based on the usage of EOS services by small innovative firms:

Mr. R. M. P. Jawahar, Executive Director, TREC-STEP has been Awarded “ The International Champion of Business Incubation for the year 2006 from United Kingdom Business Incubation (UKBI) Association”. This is the first time the award is instituted and a great honour for TREC-STEP to receive the first award. The award is for the individuals / institutions who have striven to share good practice across the globe, breaking down cultural and or linguistic barriers for the good of entrepreneurs and businesses the world over. 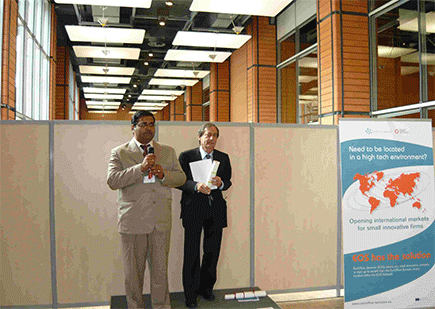 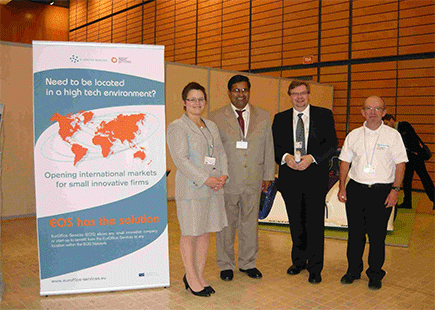 TREC-STEP Entrepreneur, Mr. Aravind, after receiving the Best Success Story Award on behalf of TREC-STEP along with other 3 winners of the EOS Award from Italy, France and Finland at Lyon, France